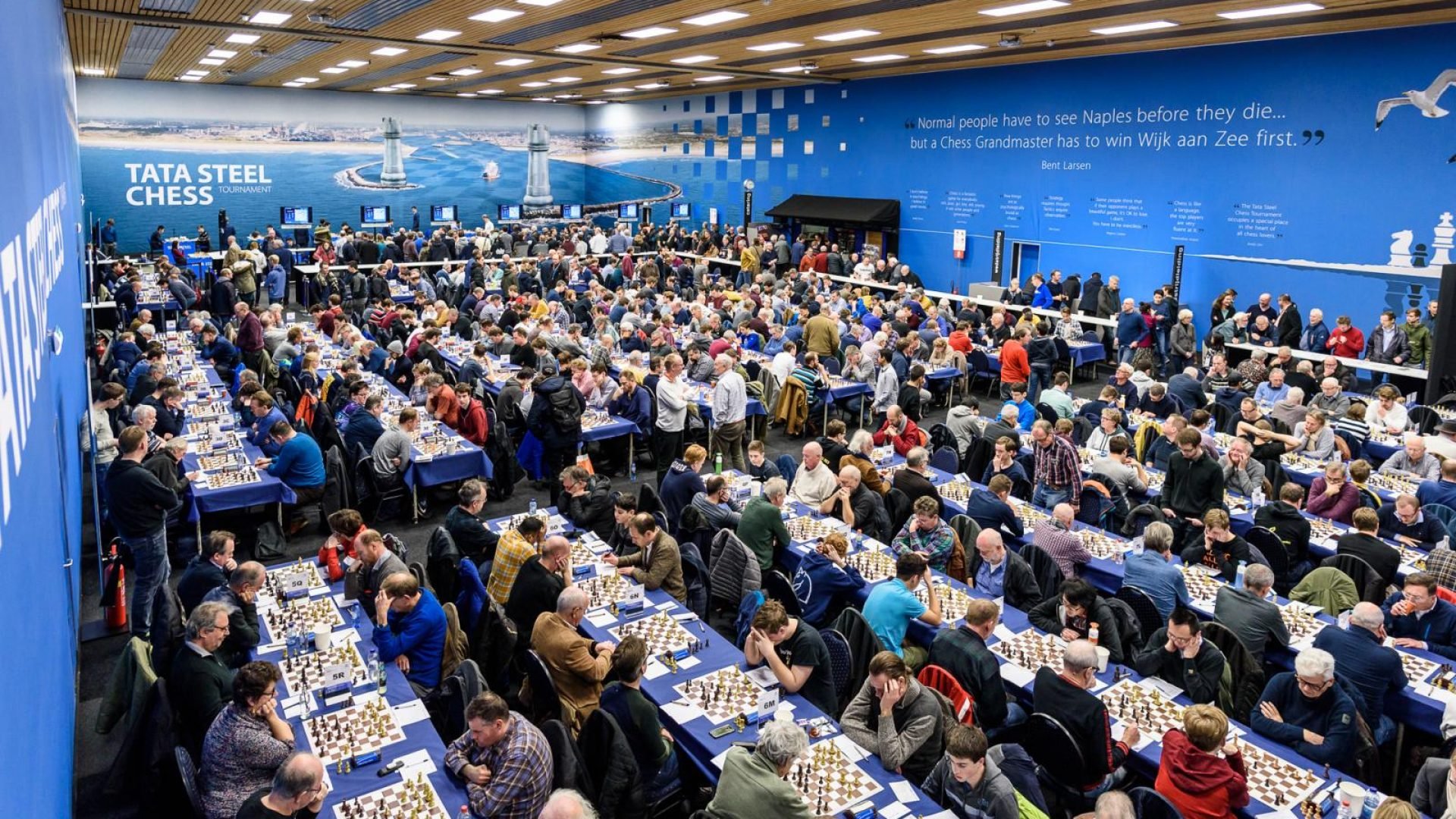 In addition to Grandmaster events, the Tata Steel Chess Tournament also organises amateur events that are open to players of all levels.

Any player who, for the first time in a game, arrives at the chessboard after more than one hour after the scheduled time to start, will lose the game unless the arbiter sees a good reason to lengthen the term.

Smoking is not allowed in the playing rooms, nor bringing in and/or drinking alcoholic drinks.

Any use of electronic devices is forbidden in the playing rooms. This includes mobile phones, laptops, notebooks and tablets.

100 minutes for 40 moves, followed by 40 minutes extra time p.p. to finish the game, with an increment of 30 seconds per move in the entire game. (Note: 120 f.b. 60 minutes without increment per move, when mechanical clocks are being used)

There are prizes available for all events.
Prizes can only be claimed within thirty minutes of the last round reaching its conclusion.