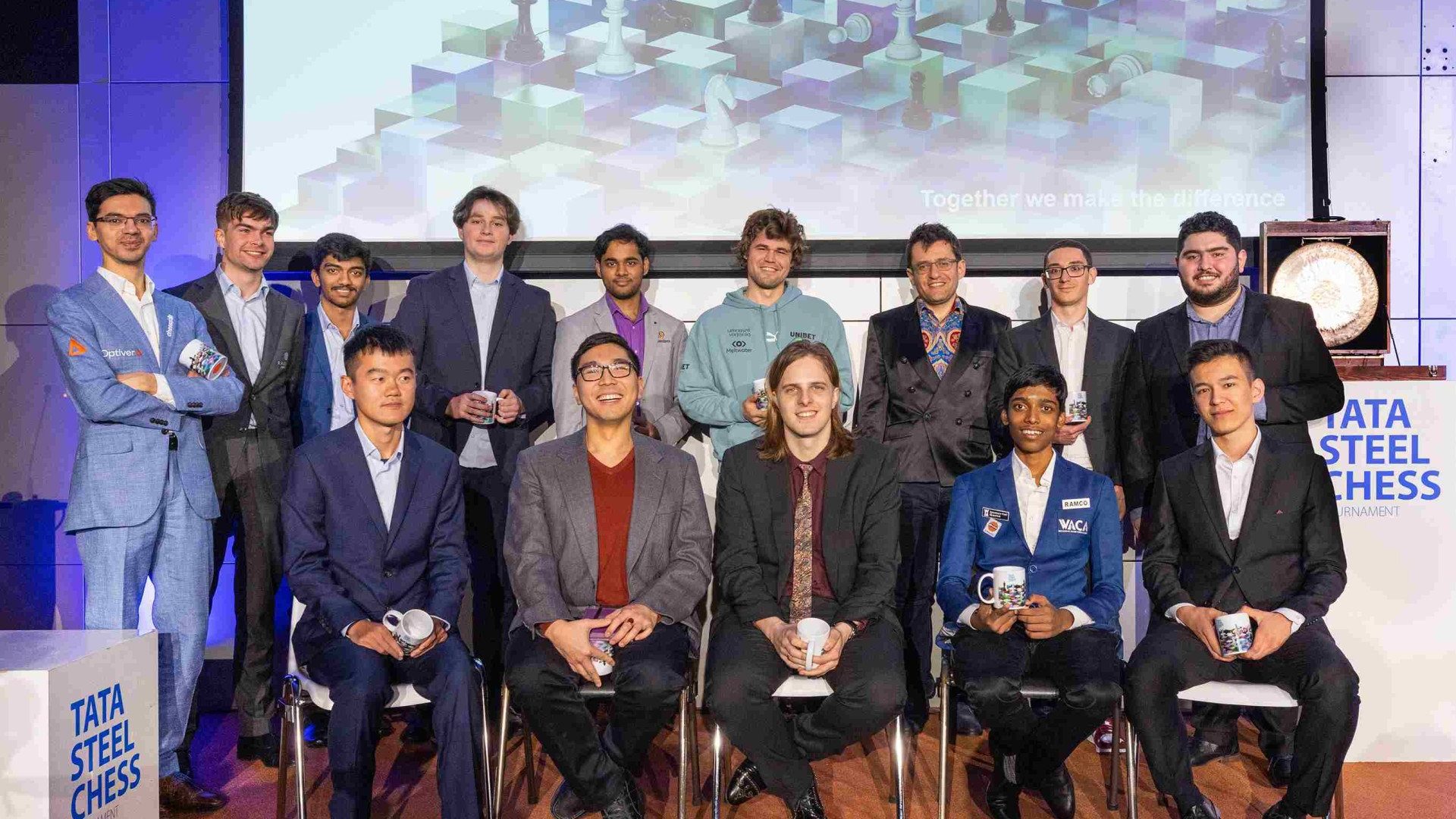 After the gong strike by the King’s Commissioner of the Province of North Holland Arthur van Dijk, the 85th edition of the TataSteel Chess Tournament has officially begun. Until Sunday, January 29, Wijk aan Zee will again be the worldwide center of chess.

The opening ceremony took place in the conference center of Tata Steel Netherlands. Present at the opening were the players of the Masters and the Challengers. Tournament Director Jeroen van den Berg conducted the draw for the tournament with the President of the Dutch Chess Federation Bianca de Jong-Muhren.

Anand as guest of honor

Viswanathan Anand is attending the tournament as guest of honor. The former world champion, former world number one and five-time winner of the Tata Steel Chess Tournament received the very first copy of the anniversary book ‘Kings, Queens & Rookies’ about the 85-year history of the tournament. Anand is currently deputy president of FIDE, the world chess federation.

The Tata Steel Chess Tournament will run from January 13 to 29, 2023. This year again including all amateur tournaments, with spectators and with associated events in Wijk aan Zee, such as the Tata Steel Chess Festival on January 21 and 22.

Via the draw of lots, the pairings for the  Tata Steel Masters was also decided. Find the Masters pairings below.