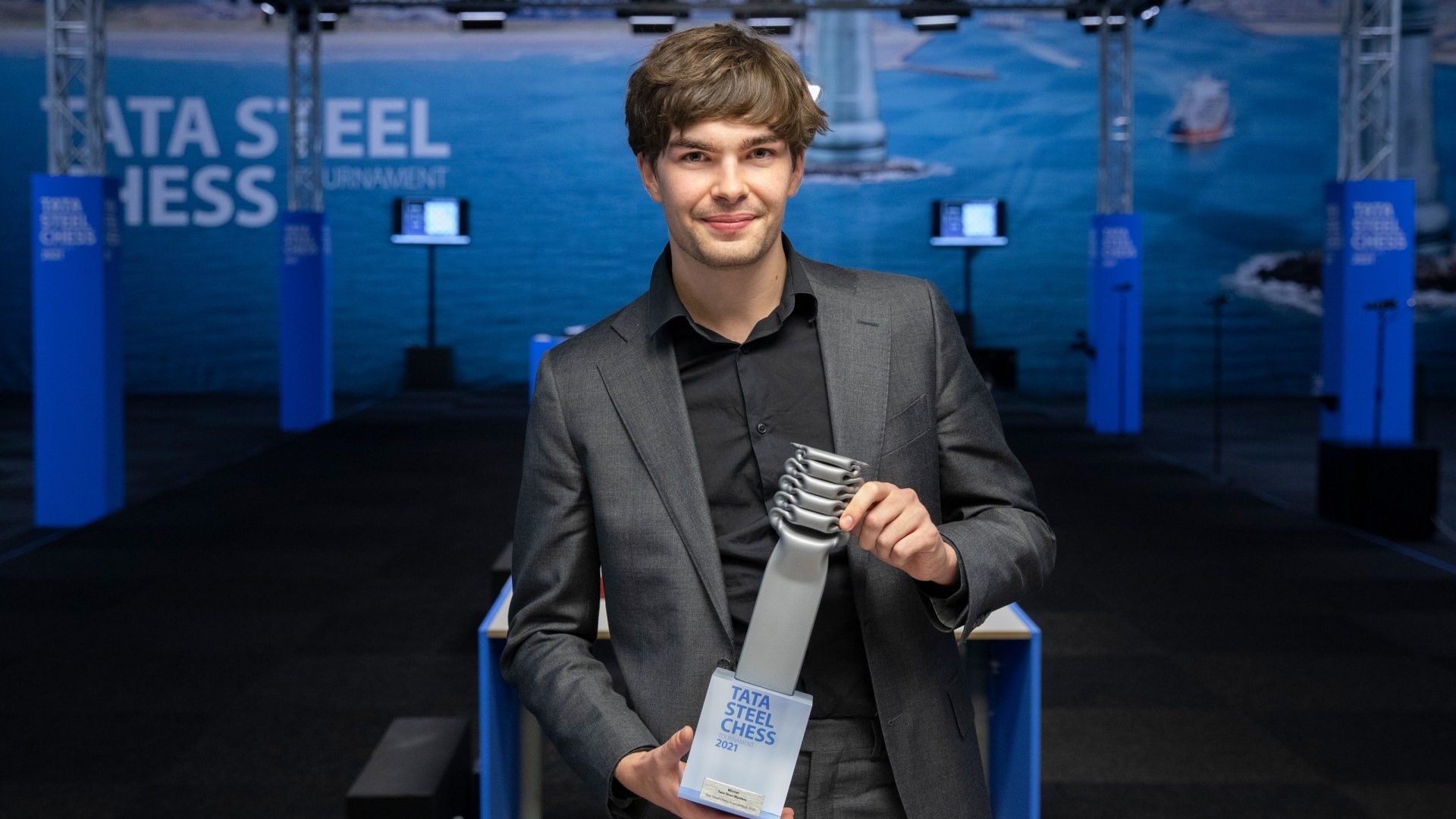 The extraordinarily exciting tournament got a fitting grand finale, with a spectacular tiebreak between Jorden van Foreest and Anish Giri. At the start of the last round four players were still in the race for first place. Anish Giri ended second and Andrey Esipenko third. Jorden is the first Dutchman to win the chess tournament in Wijk aan Zee since Jan Timman’s victory in 1985. Because of his win over Grandelius today Jorden has broken the magic 2700 rating boundary. Starting the tournament as the third lowest ranked player, his results in Wijk aan Zee mean that he has risen from 66th to 37th position on the world ranking.

Tournament director Jeroen van den Berg: “I am very proud that the 83rd edition of the Tata Steel Chess Tournament has been so successful. Millions of people all over the world have enjoyed watching the first classical top chess tournament in a long time. And the 14 grandmasters have presented chess aficionados with a spectacular tournament, including a grand finale. And we will be back: the 84th edition of the Tata Steel Chess Tournament will be played in Wijk aan Zee from 14 January – 30 January 2022.”