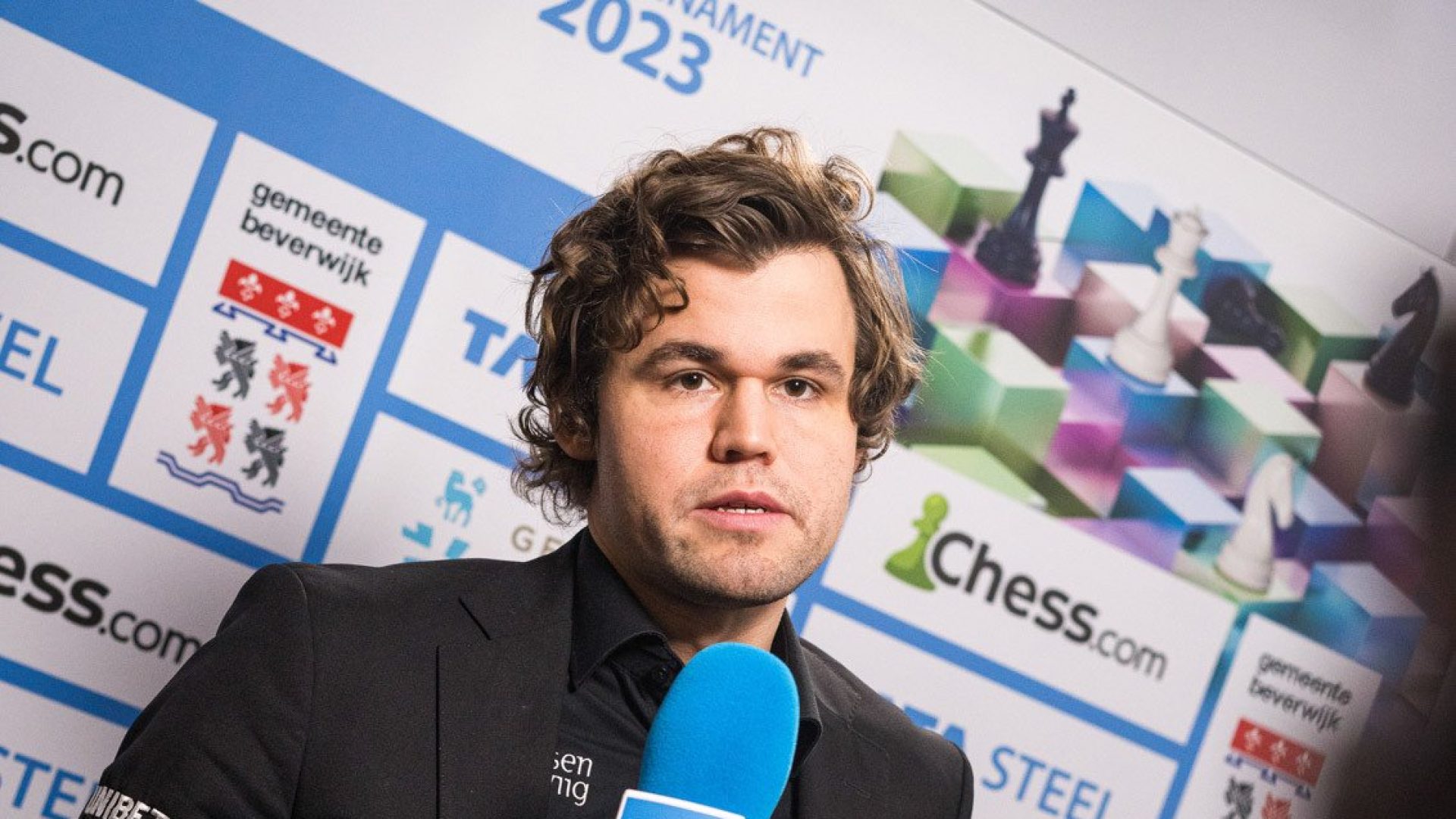 Magnus Carlsen is suddenly right back in contention for the Tata Steel Masters title after defeating his great rival Fabiano Caruana in a game that was all but decided by move 22. Nodirbek Abdusattorov kept his 1-point lead with a draw, as the other wins were for players who had been struggling. Richard Rapport, Jorden van Foreest and Gukesh all picked up their first full points.

It was a day of surprises in the Tata Steel Chess Masters, with perhaps the biggest being how one-sided the headline clash of the day became.

Magnus Carlsen explained his strategy going into the game against his 2018 World Championship Challenger Fabiano Caruana.

Obviously I was elated to get the win yesterday, but I thought today I’d try and be solid. I was somewhat encouraged by the fact that he played very long yesterday, and probably the result was frustrating [a missed win vs. Maghsoodloo] as well, so I thought that I’d be solid, but if he wants to go for a fight then the conditions are pretty good for me, and that’s the way it turned out as well.

Read the full report on Chess24.