Both Carlsen and Ding defeated | Round 4 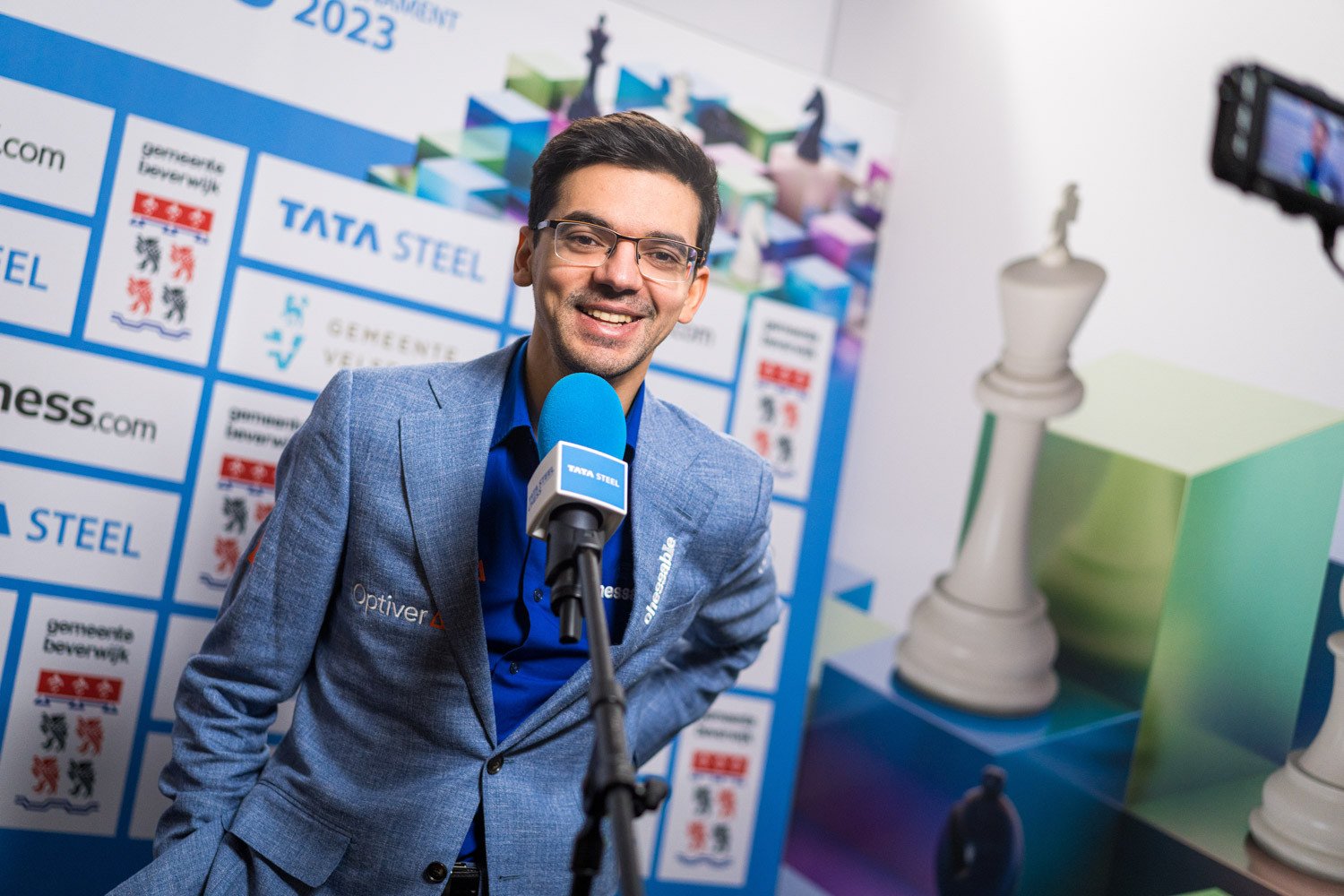 Anish Giri called it a “historic moment” as he beat Magnus Carlsen in Wijk aan Zee 12 years to the day after he last won a classical game against Magnus. The day would get even more dramatic as 17-year-old Praggnanandhaa played a stunning endgame to defeat world no. 2 Ding Liren, while Nodirbek Abdusattorov joined Giri in the lead by taking down Parham Maghsoodloo.

The much-anticipated Carlsen-Ding Liren had fizzled out into an early draw the day before, but the same 2800 players would be involved in two sensational games in Round 4.

Anish Giri’s 22-move win over Magnus Carlsen on January 17, 2011 was the stuff of legend. 16-year-old Anish, playing on what had become home soil, defeated the world’s best player in 22 moves, with the black pieces. Looking back exactly 12 years later, after finally beating Magnus again, Anish commented: “I think it’s sort of a historic moment. I’ve beaten him once, but everybody knows it was a little bit lame. He blundered something and I was so small, it was a different person back then.”