Abdusattorov extends his lead | Round 7 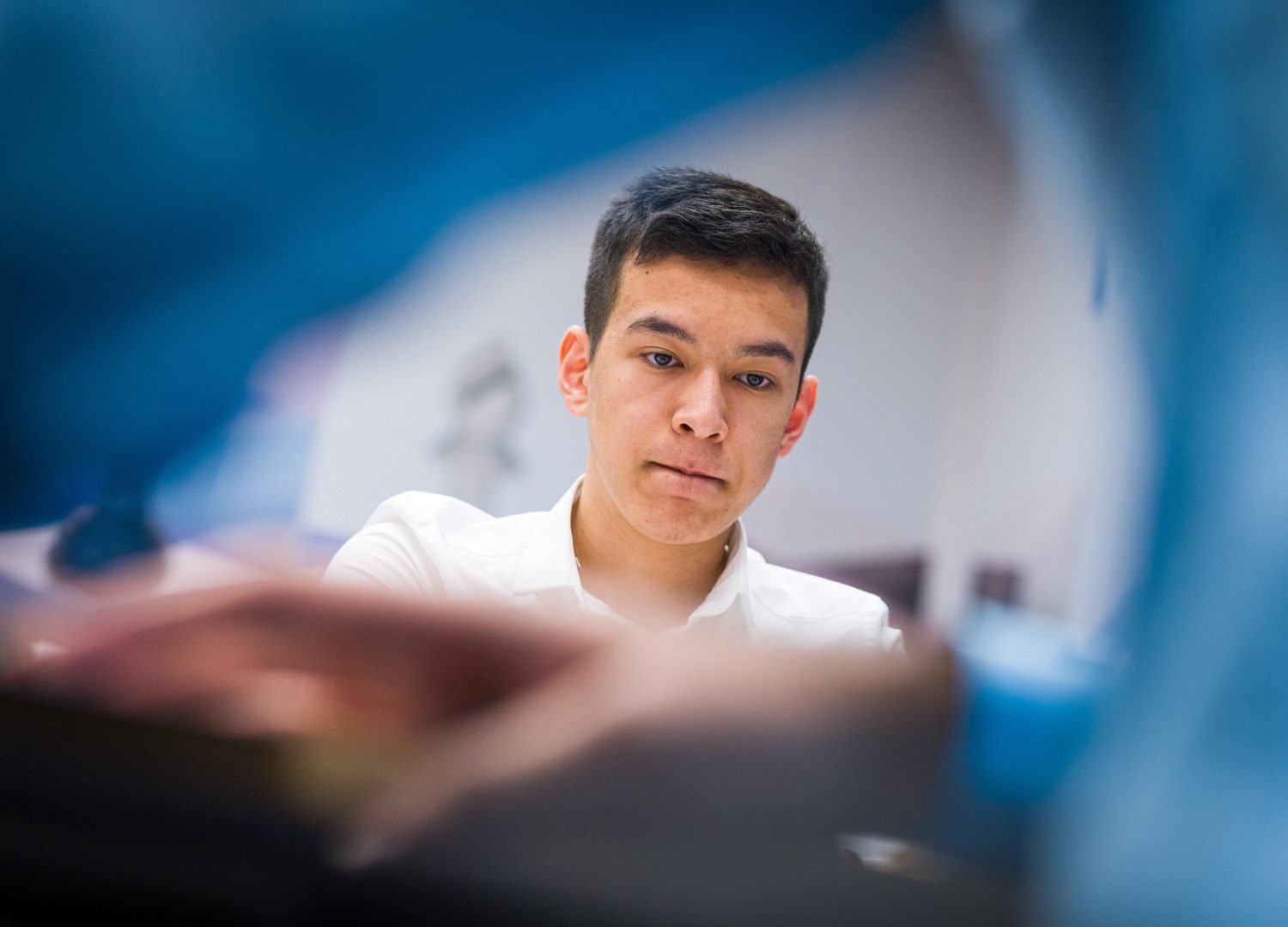 18-year-old Nodirbek Abdusattorov’s reign of terror continued in the Tata Steel Masters as he counterattacked against Arjun Erigaisi to pick up a 4th win in just seven rounds. Magnus Carlsen won a sharp battle against Richard Rapport to get back on track, while Wesley So and Praggnanandhaa also won to join a 4-way tie for 2nd place. Fabiano Caruana missed a win in a 7-hour marathon against Parham Maghsoodloo.

Round 7 in Wijk aan Zee was the point at which we crossed the halfway mark of the tournament, and both sections saw huge battles. In the Masters four of the games were decisive.

Arjun Erigaisi went into Round 7 unbeaten and initially seemed to be doing well against leader Nodirbek Abdusattorov. His kingside pawn storm ultimately became a weakness, however, while the passed d-pawn, what Nodirbek called “my only counterplay”, was huge.