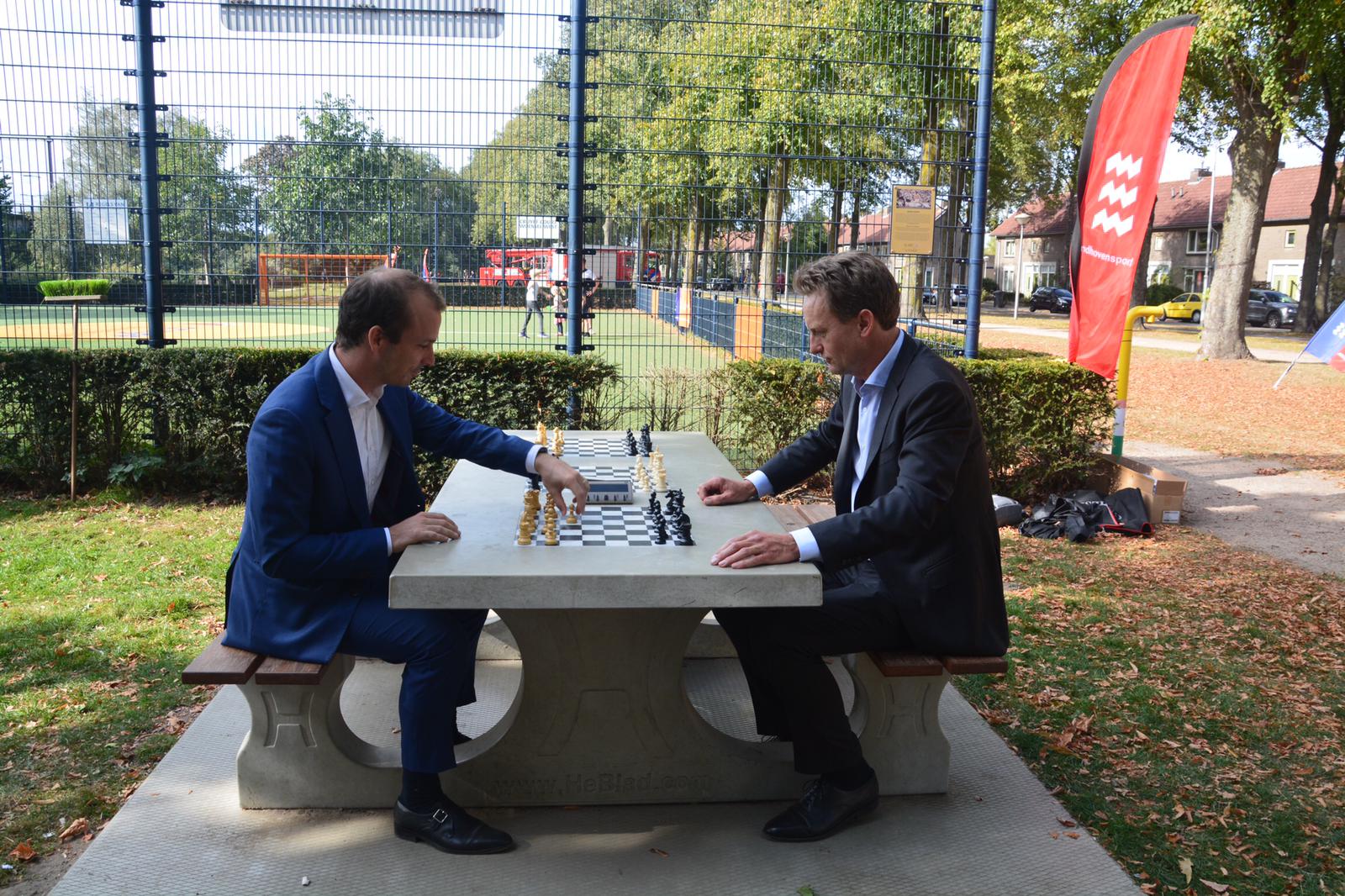 This afternoon the Outdoor Chess Table on the Groenewoudseweg in Eindhoven was officially opened. Coenraad Spaans, Tata Steel Netherlands, handed the chess pieces to Stijn Steenbakkers, alderman for the economy, Brainport, innovation, education and sports of the city of Eindhoven.

The Tata Steel Chess Tournament is played annually in Wijk aan Zee, but the tournament has had a special connection with the city of Eindhoven since January 2020. The best chess players in the world were in the Philips Stadium in honor of the fifth round of the Tata Steel Chess Tournament 2020. Every year, the grandmasters play one or more rounds at an external location. Many chess fans were delighted to attend this Chess on Tour event and saw tournament ambassador Anish Giri, Iranian super talent Alireza Firouzja and world champion Magnus Carlsen in action.

The just opened Outdoor Chess Table is a beautiful symbol of the solidarity between the tournament and the city of Eindhoven. Chess is a unifying factor to bring people together and it has a positive effect on the development of young people. In the Brainport region, solutions are devised for the challenges of tomorrow. Chess helps to further develop your thinking ability and that is why the chess square in this region is a golden combination.

Stijn Steenbakkers emphasized the importance of this combination: “It can simply be very mutually reinforcing. It is beautiful to put that in public space, that children can play chess freely here, can learn it easily, in the meantime kick a ball and that the combination is easily made’’.

During the opening of the Outdoor Chess Table, also part of the NOC*NSF National Sports Week 2020, the children of primary school Het Palet and local chess clubs were introduced to the combination of physical sports and mind sports. They got a chess clinic, basketball clinic and MasterMind was played live.

Coenraad Spaans looks back on a successful opening: “I think it’s fantastic that we are doing this again. I think that the combination between physical and thinking, but also all the benefits you can get and use from chess, is something very beautiful”.