Abdusattorov hands Carlsen 2nd loss in a row | Round 5 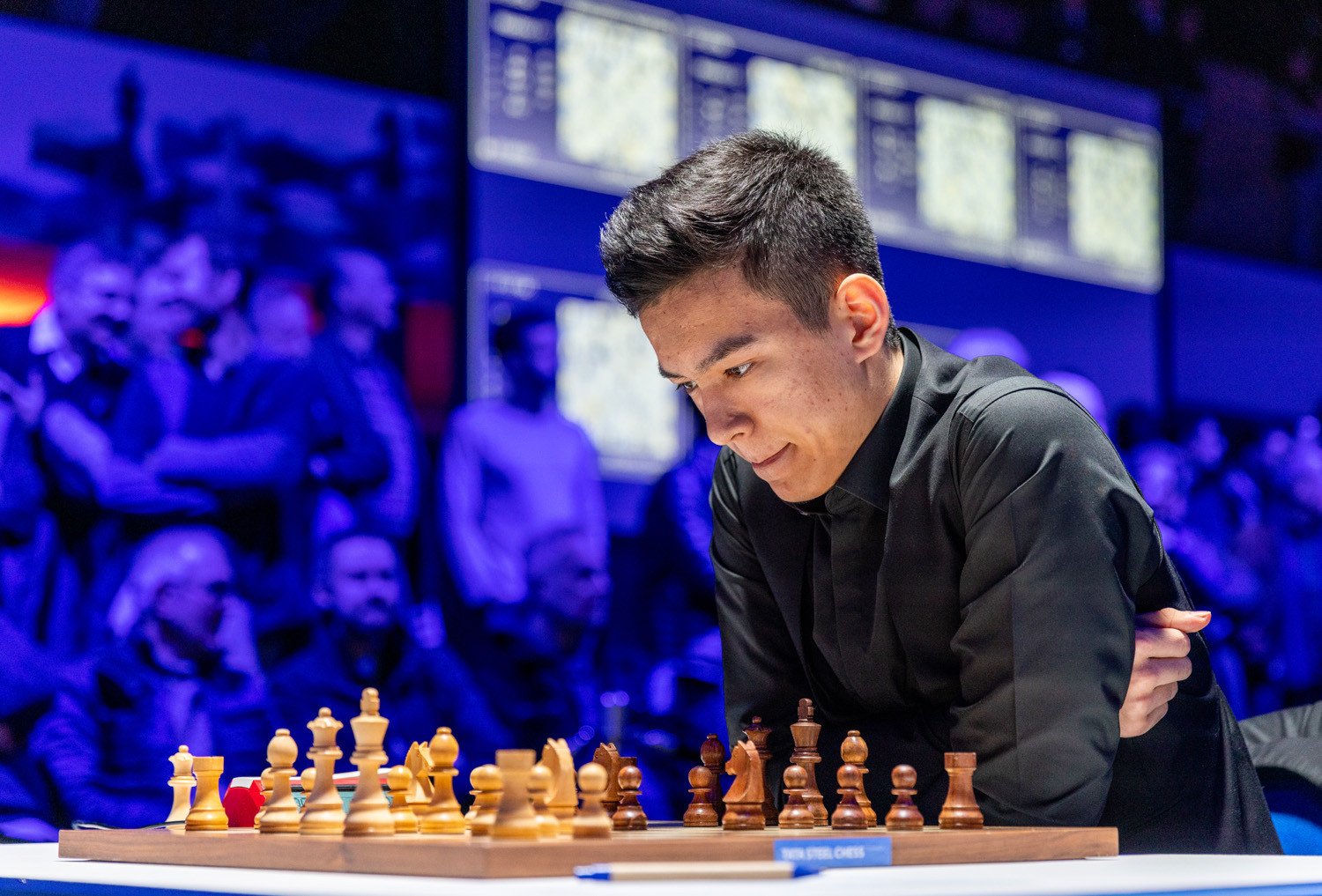 18-year-old Nodirbek Abdusattorov took the sole lead in the Tata Steel Masters after outplaying Magnus Carlsen in Round 5, with the World Champion losing two classical games in a row for the first time since 2015. There were also wins for Levon Aronian, who tricked Vincent Keymer in an endgame, and Parham Maghsoodloo, who scored a bounce-back win over Jorden van Foreest.

Magnus Carlsen is traditionally at his most dangerous after a loss, and there was plenty of time to recover from his defeat to Anish Giri in Round 4. There was the first rest day in Wijk aan Zee, and the traditional football match.

Then there was a change of scene, also with a football theme, as the players made their way to Amsterdam and Ajax’s Johan Cruiff Arena.

The playing hall looked awesome, with Parham Maghsoodloo noting it recalled a scene from The Queen’s Gambit Netflix show.

Read the full report
On Chess24